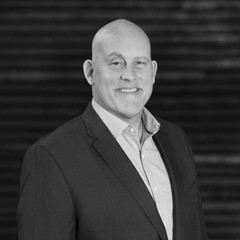 Tim joined Rebound after a 30-year career in corrections and law enforcement, retiring as Captain in the Wauwatosa Police Department. Having led Rebound Police Officer for a Day training sessions for his department, Tim joined the company after retirement because he saw firsthand the positive impact it had on his police officers and their families and he wanted to give back to an organization that was improving the lives of first responders. Tim was the former Director of Training and Personnel, the department’s Range Master and Lead Firearms Instructor. As a 20-year veteran of the department’s Special Response Team (SWAT), he served as an Operator, Team Leader, and Team Commander. Tim held a certified firearms instructor certification from the State of Wisconsin and has taught use of force, advanced firearms classes, active shooter response tactics, workplace violence preparedness, and tactical operations courses, including presentations at multiple domestic and international SWAT and Use of Force conferences.

This course will discuss the positive and long lasting impact of providing a high level sports medicine model of injury recovery coupled with a true concierge service to our First Responders and their families. Additionally we will discuss what these impacts will mean to the Departments and their communities. Ready Rebound Deck