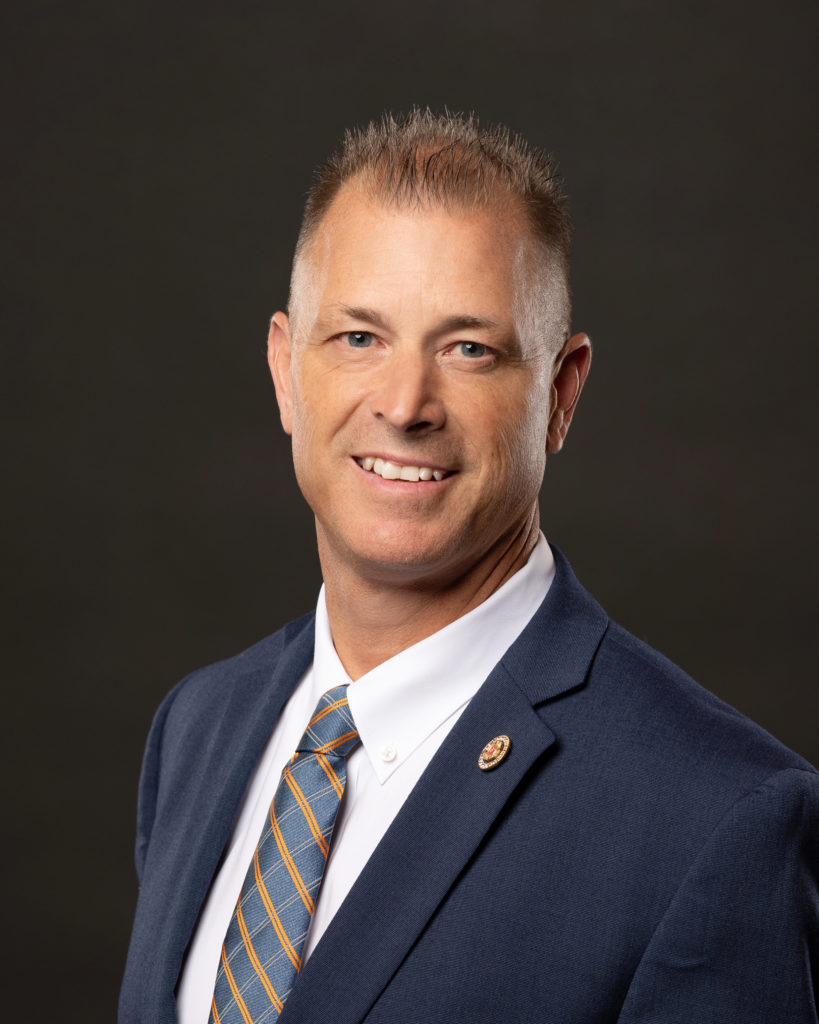 Dean Shelton began his career as a Bremerton fire fighter in 1995. Since 1997, he has worked as a paramedic and Captain for the Marysville Fire District. Shelton served as Skagit County Fire Commissioner from 1998-2015. He was appointed to the Washington State Fire Protection Policy Board by Governor Christine Gregoire in 2010. A proud member of IAFF Local 3219 Marysville, Shelton served as the local’s Secretary Treasurer for 11 years, and currently serves as president.   He was elected to the WSCFF Board in 2008 and represents 678 members in 11 IAFF affiliate locals that comprise the WSCFF 8th District.  In 2018, he was elected WSCFF Vice President.