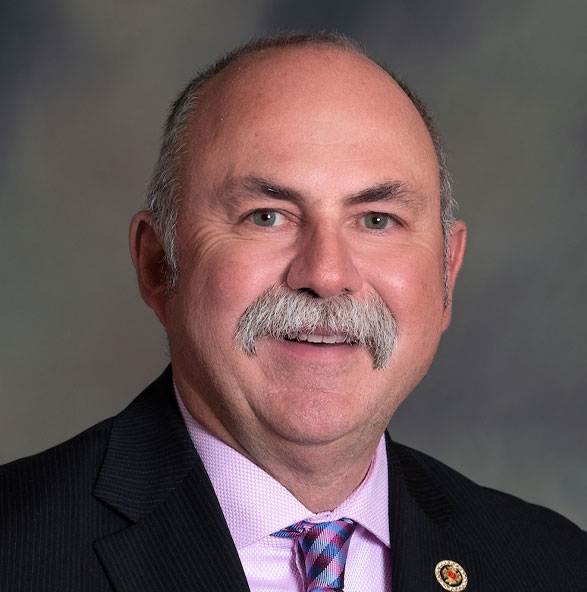 Ricky Walsh became a career professional fire fighter with the City of Hermiston, Oregon in 1983. In 1986 he was hired as a City of Richland fire fighter and worked as a paramedic, Lieutenant, and Engine Company Captain, and served as the department’s training officer. He retired in 2013. Ricky was elected Secretary/Treasurer of the Hermiston Fire Fighters Local 2752 in 1983. In 1988 he was elected Vice President of Richland Fire Fighters Local 1052 in 1990, and served as Negotiations Chair for 22 years. An active participants in WSCFF issues, Ricky was elected to the Executive Board in 1993. He was elected Vice President in 1996 and served in that position until he was elected to the IAFF Executive Board as the 7th District Vice President in 2004.