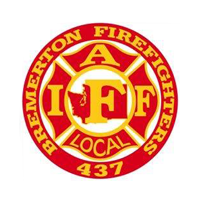 Chartered July 10, 1935, Local #437 represents the 54 members of the City of Bremerton Fire Department. We serve from three fire stations and operate three ALS medic units, two engines, one quint, and one shift commander. Members of Local #437 responded to over 8700 calls for service in 2015.

Represents the firefighters that work at all the Navy bases in the Pacific NW. We have members that work in Kitsap, Snohomish, Jefferson and Island counties.

The Bainbridge Island Fire Department was created in the Summer of 1942. Today the Department handles approximately 2,800 calls per year. 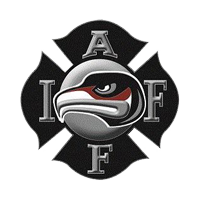 The Professional Fire Fighters of Kitsap County IAFF Local 2819 is dedicated to the protection of wages, hours and conditions of work, the promotion of positive public image, and the fostering of fellowship among members.