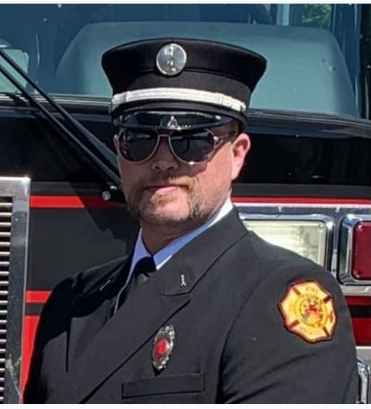 Brother Cate was discovered deceased in his bunk by members of his crew when they attempted to wake him on the morning of January 12, 2023. He had responded to a fire activation at a commercial building about 2:25 a.m. When his crew returned to the station after the call, they went to bed.

Captain Cate was raised in the Sequim area, and graduated from Sequim High School where he continued to be involved as the wrestling coach. He was hired by Clallam County Fire District 3 in 1997 as a fire fighter/paramedic and promoted to the rank of captain in 2020. He was 46 years old. He leaves behind his wife, 2-year-old son, and two adult children.

The public and members of the fire service are welcome to attend. To join in the procession of fire apparatus before the memorial, participants must register in advance at www.tinyurl.com/ChadCateMemorial. Please read for more information.