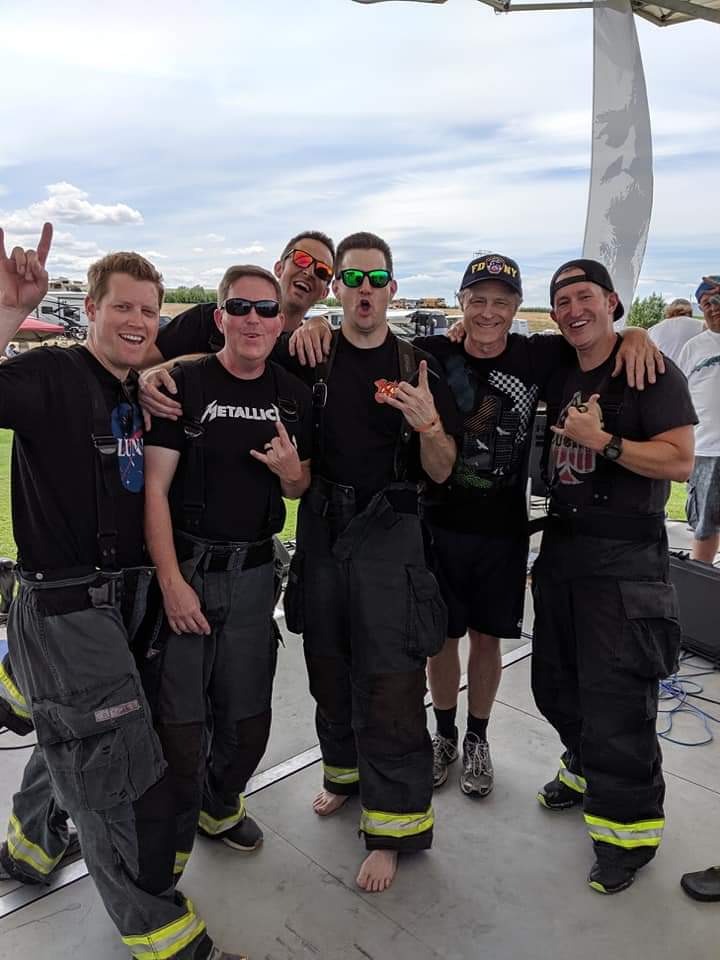 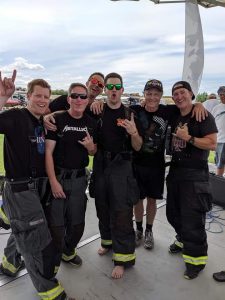 When talk in the firehouse kitchen turns to bands — kilts, bagpipes and snare drums are often at the core of the conversation.  In Bellevue, it’s a different story.  Five members of IAFF Local 1604 make up the all fire fighter cover band Blind Alley. Dan Robbs, Emmet Woolley, John Lapansky, Ryan Schramling, and Corey Heinsohn play covers from the 60’s through the present day but focus on hits from the 90’s and 2000’s.  “We really just love to play and put on a show,” says Lapansky, “We try to support our brothers and sisters and the causes and fundraisers they work so hard for.” They’ve played at events like the Movember Charity Gala to fund the fight against cancer in men, and the Sage Creek Music Festival supporting the Burned Children Recovery Foundation.  They also play at private parties and local music venues.  Check them out on Facebook @BlindAlleyCoverband.