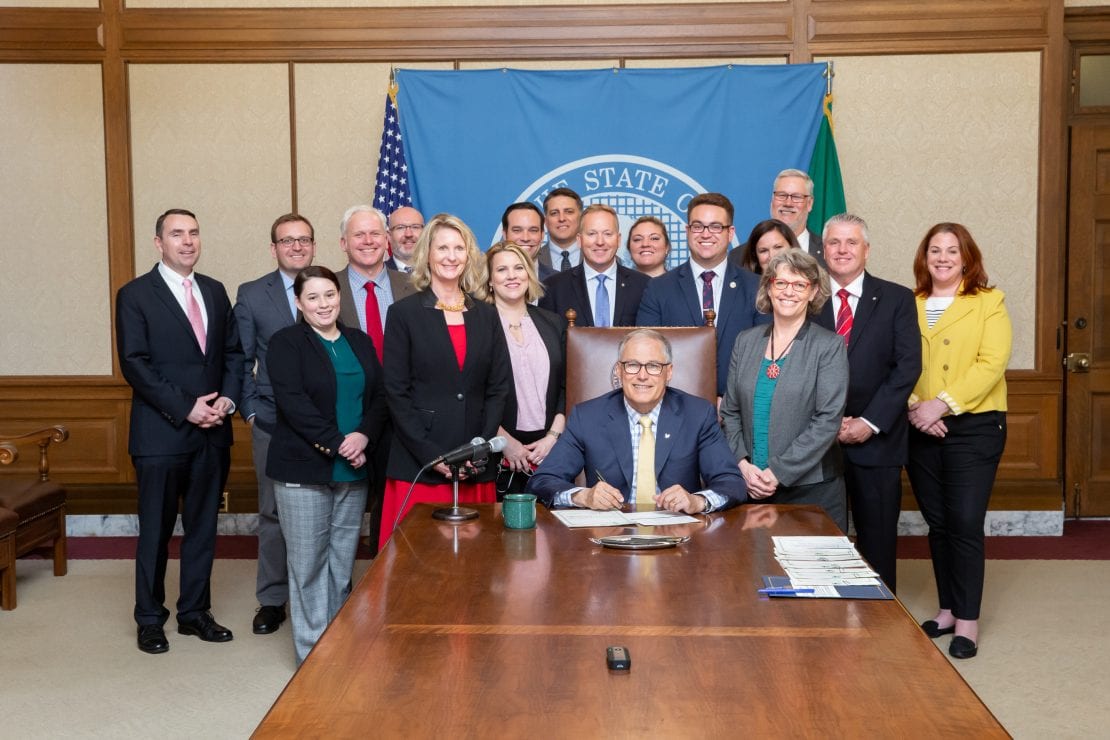 Long a friend and supporter of Washington’s union fire fighters, yesterday Governor Jay Inslee signed HB1913 into law — expanding presumptive coverage for cancer related to the occupation and adding protections for other public safety workers.  “His track record of being there for us and our families is well documented and greatly appreciated,” says WSCFF President Dennis Lawson.  The governor has also committed to reducing toxic chemical exposures for firefighters, making Washington state the first in the country to ban PBDE flame retardants and ground water polluting PFAS chemicals. “There’s been no greater ally to firefighters in Washington state than Governor Inslee. He has continuously fought for our safety, our wages, and a secure retirement for the men and women who serve our state fighting fires,” says Lawson, “and we thank the Governor for his leadership.

The WSCFF is deeply grateful to prime sponsors Representative Beth Doglio and Senator Patty Kuderer who worked tirelessly to advance this imporant legislation.