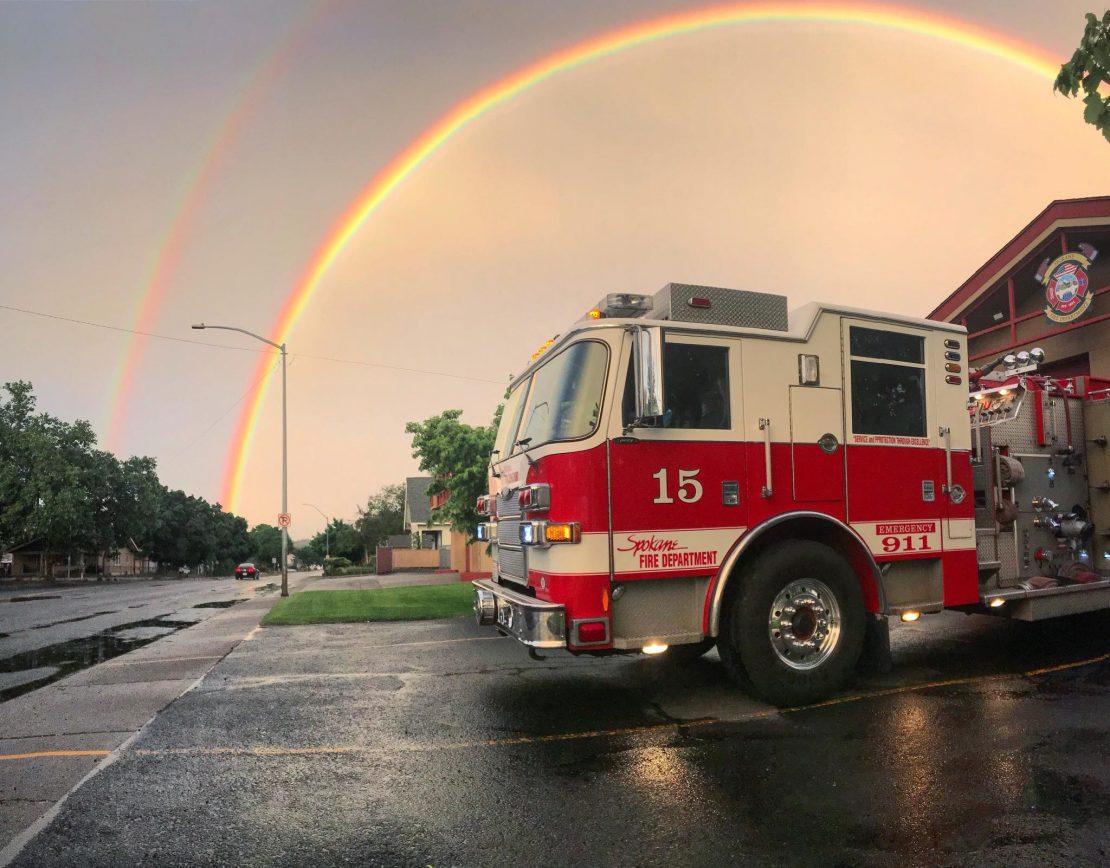 Fire fighter, mentor, union president, advocate, and friend Kenneth Strong died on December 29, 2019, at the age of 91. He was preceded in death by his wife, Doris and is survived by four children: Cheri, Larry, Marilyn, and Wayne.  A memorial service will be held on Saturday, January 25, 2020 at 2:00 p.m. at Salem Lutheran Church in Spokane.

Strong was hired by the Spokane Fire Department in 1956 and retired in 1987. During that time, he served as union president for 16 years. WSCFF President Dennis Lawson said that Strong’s commitment to union leadership made him an early pioneer in collective bargaining. “Ken was a genuine man who cared for not only his family and friends,” said Lawson, “but for our state and international organization. He will be greatly missed, and his legacy will live in the memory and impact he made.”

Vietzke also recalled what a great reputation Ken had in his community and around the state- “Ken was recognized at the state and international levels and served on many committees. Everyone knew him, and he had a lot of respect wherever he went. He had a big deep voice and was very vocal on local and union politics. In his spare time, Ken sang in a barbershop quartet group in Spokane that gained national acclaim. He would often practice for us in the fire stations around Spokane. It was fun to listen to him. He was just a good person, a great personal and family friend. In his later years I would pick him up every week and go to a local establishment near Gonzaga. We would meet different guys down there to have beer and tell lies for a couple of hours and then I’d take him home.”

IAFF 7th District VP Emeritus and retired Local 31 Tacoma firefighter Jim Hill added that Strong was one of the mentors who helped him get involved with the union. Jim stated, “There seems to be something unique about the Spokane local – they just kind of develop great leaders – and Kenny was certainly one who provided that leadership and unity. Ken was very generous with his time and always happy to give advice and share his wealth of knowledge. His great union leadership and generosity made him a mentor to probably hundreds of firefighters during and after his career. He used his leadership skills, great speaking ability, and his booming voice as effective tools for communicating to the press and community to generate support for the concept of a collective bargaining unit.”

“There was no job too big for Kenny,” friend and WSCFF Position of Distinguished Service retired Local 29 Spokane firefighter, Jim Rudd said. “If Ken got going on something, he did not stop. He was good to work with because when he got something in his mind, he carried it out. It was a good tool to have with us for collective bargaining – that type of dedicated leader. I’ve never met anyone like him – he was a great man. He was full speed ahead. He got ‘er done. He was something. I really miss him. He was my hero.”