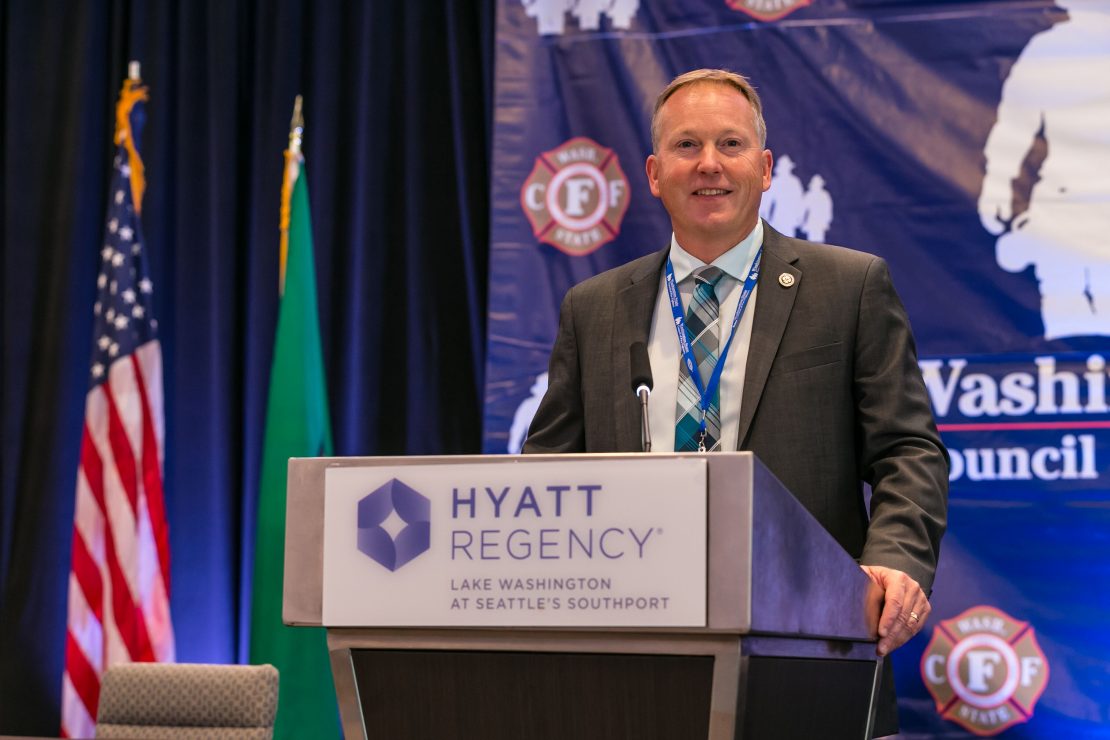 President Dennis Lawson reports that the IAFF has  approved  changes to the WSCFF Constitution and Bylaws outlined in Convention Resolution 19-02 and the WSCFF will move forward with the creation of a Retiree Association.

“The addition of the retiree association will allow us to represent active and retired members of both LEOFF Plans 1 and 2 on a variety of different issues in our state capitol and beyond,” says Lawson.  The Retired Fire Fighters of Washington reports that the number of LEOFF Plan 1 members is declining, and the number of LEOFF Plan 2 members is on the rise.  “As an organization, we must make sure that our LEOFF Plan 1 retirees have informed members in place to represent their interests at the state and local levels.”

The new association will provide retired WSCFF members a unified voice, improved access to and sharing of information, the ability to engage with and give input to the WSCFF on issues impacting retirees and their beneficiaries, and the ability to connect and network with each other and active WSCFF members.  Membership is open to dues-paying, active WSCFF retirees.  The association will be governed by a board comprised of three retired LEOFF Plan 1 members, three retired LEOFF Plan 2 members and chaired by the WSCFF Vice President who will report back to the WSCFF Executive Board.

Now that the appointments have been made, the newly created board will decide how best to communicate to all retirees and will issue an invitation for general membership.  Contact the Retiree Association Board or stay tuned for more information.

President Lawson said “The WSCFF Board and membership would be honored to have our retirees affiliate with this group, and we welcome the opportunity to represent both active and retired WSCFF members.”